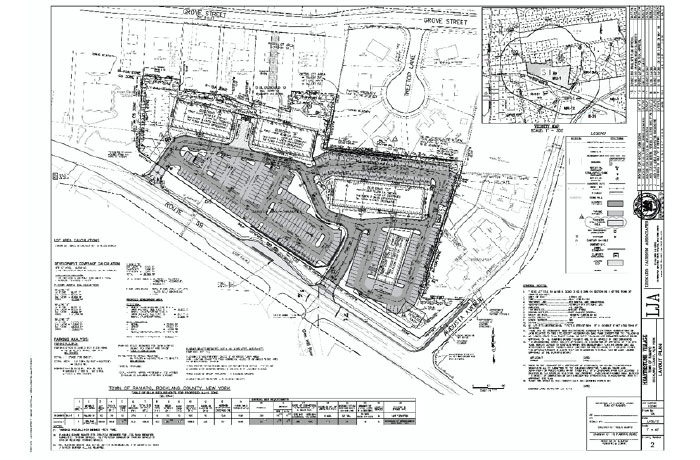 Development of 6.5 acre parcel as a mixed-use center with 56 dwelling units and 59,108sf of commercial/office space spread over four buildings.