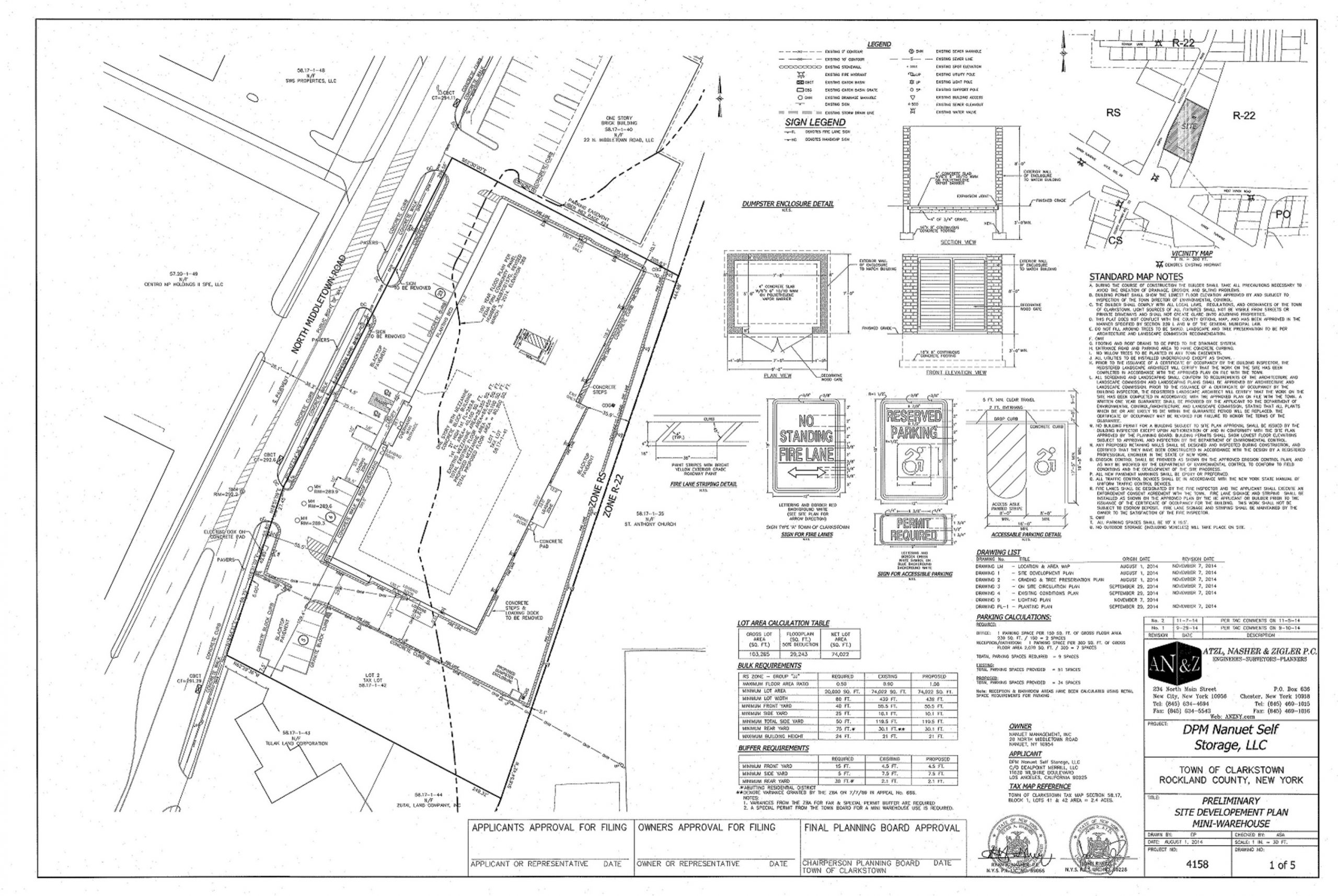 Adaptive re-use of an existing building, originally built as a furniture showroom. The building is to be converted to a mini-storage facility, with no exterior modifications other than cosmetics and additional entry doors. By emphasizing the lack of changes to the site, and the minimal traffic generated by the mini-storage use, we obtained a negative declaration in one meeting. Required approvals include: special permit, variances, and site plan.