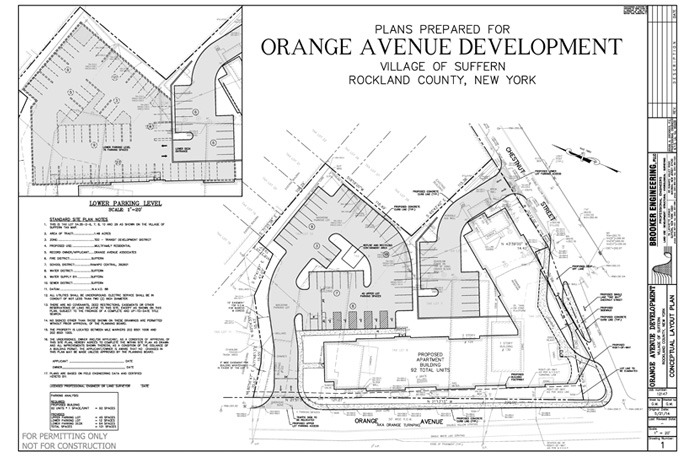 Transit-oriented development of a blighted site across from the Suffern railroad station. 92 new rental units will replace an SRO hotel and three underused buildings. The developer has also proposed enhancements to the access to the railroad station. The project requires the creation of a new zoning district, PILOT agreements, and site plan approvals.