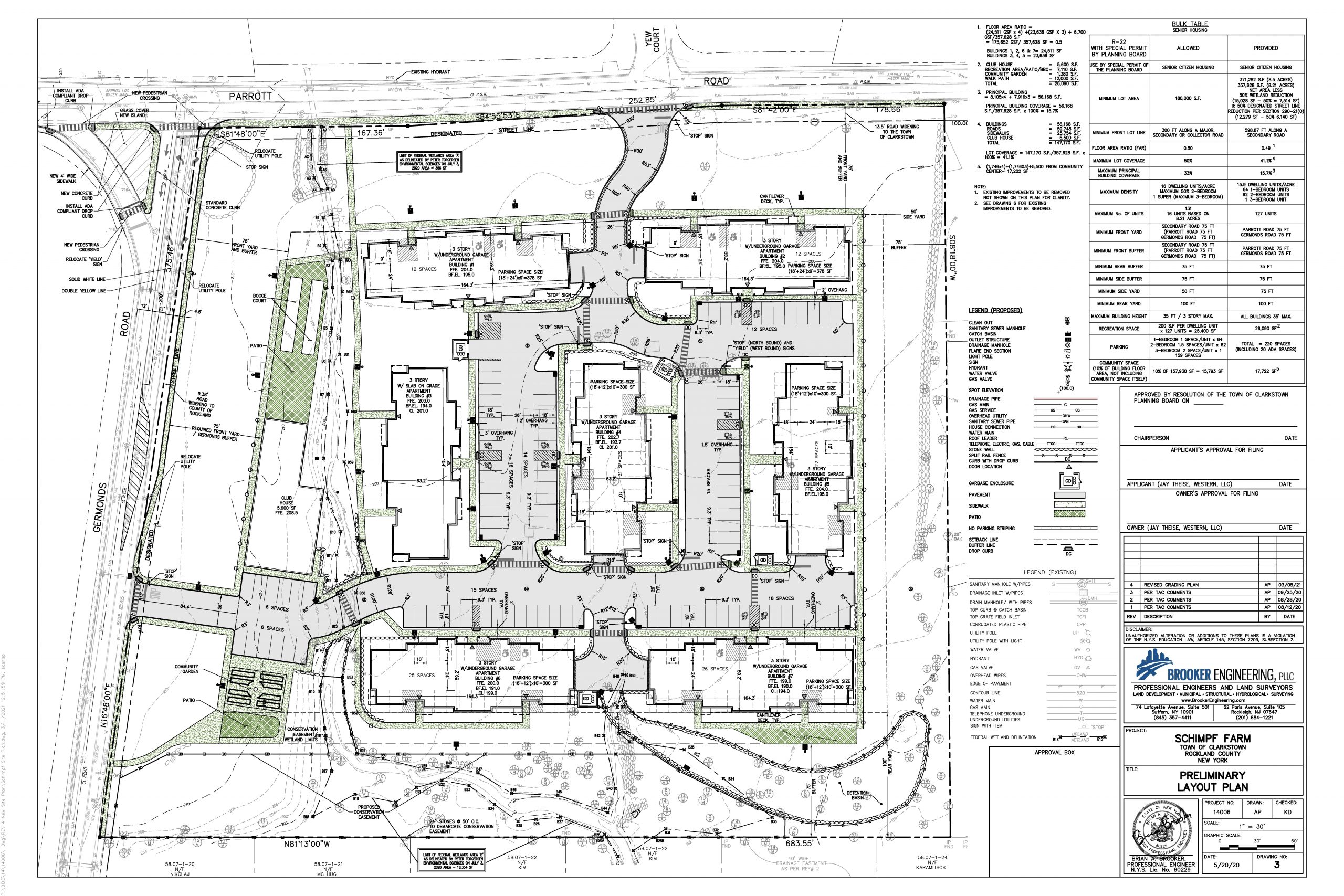 This is the first development to be processed under the Town of Clarkstown’s new Senior Citizen Housing provisions. 127 units are proposed for this 8.2 acre (net) site, which is the former site of Schimpf’s Farm Garden and Landscaping Center. The applicant proposes 64 one bedroom and 62 two bedroom units, along with a Superintendent’s apartment. All units and common areas will incorporate “universal design” features. Proposed amenities include on-site parking for residents and visitors, a 5,500sf clubhouse, a putting green, outdoor courtyards and sitting areas, and on-site walking paths. Required approvals include special permit and site plan approval.

As a result of the EIS process, the layout was revised to comply with all zoning requirements. This resulted in enhanced yards and buffers, more robust landscaping around the site’s perimeter, and adding underground parking. Positive findings were issued by the Clarkstown Planning Board, which also overrode comments from the Rockland County Planning Department and granted preliminary site plan approval and the necessary special permit.