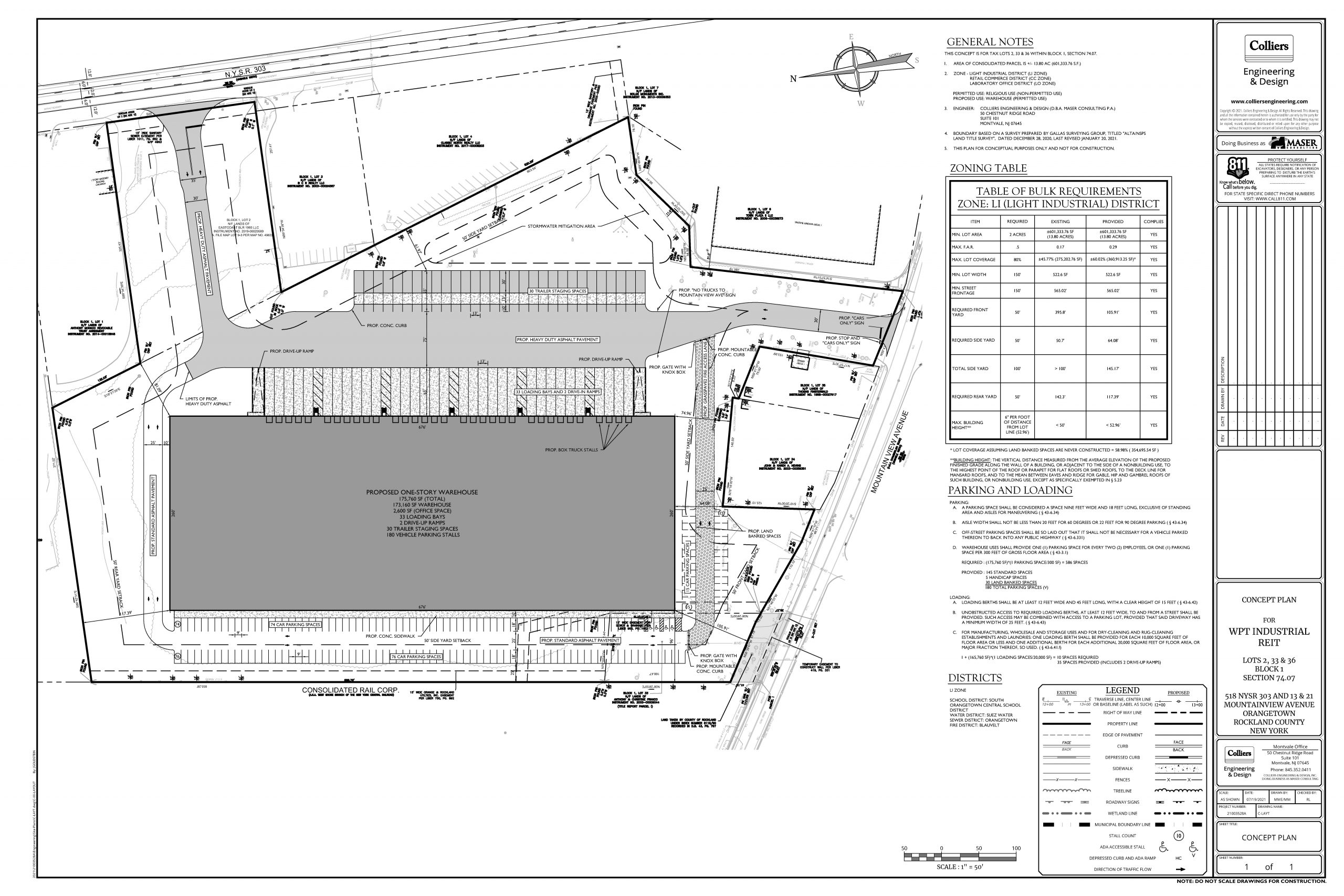 WPT Acquisitions has proposed a 175,760sf warehouse to replace an existing building. The site is located in an LI zoning district that permits warehouses.

The original site has frontage only on Mountainview Avenue.  WPT then acquired rights to add a parcel that would give it frontage on NYS Route 303. Both WPT and the Orangetown Planning Board would prefer to route truck traffic via Route 303. However, the addition of this parcel places the entire site within Orangetown’s Route 303 Overlay District.

The Overlay District limits the size of “Retail warehouses” to 65,000sf. Orangetown’s Code officer interpreted that restriction to apply to WPT’s proposed building, despite the fact that WPT insisted that no retail operations were proposed and the building was not designed as a retail distribution center. The Code officer further opined that WPT’s proposal to build a warehouse larger than 65,000sf required a use variance.

On behalf of WPT, we appealed this determination to the ZBA. The ZBA unanimously reversed the Code officer and found that no use variance was needed for the project.